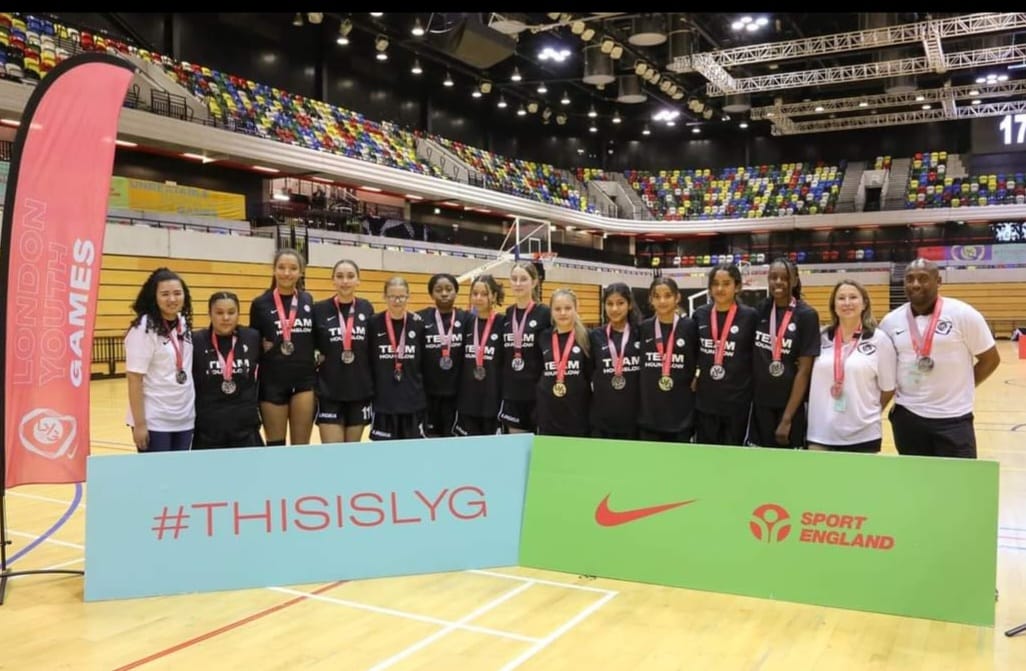 The team, featuring many players from Heston Community College, played their first semi-final against a strong Richmond team, winning the game 20-10 to progress to the final.

They took on Southwark in the final.  With the game level at half time, the Southwark team came out the stronger taking an early 15-point lead.  The girls put their hearts and souls into the match but ended up losing the final 48 -33.

The Hounslow girls team coach, Stefan McGarrell said, ‘We were very disappointed to lose out in the final, but the girls played extremely well and I’m proud of every single one of them. Last year we won the bronze so we are moving in the right direction.  We have a few younger girls this year who will be ready for next year’s competition.”

The Hounslow teams were able to train at Lampton Leisure sites in Hounslow to prepare for the final.

Jonathan Barbour from Lampton Leisure Sports & Community Development Team said: “We’d like to pass on a huge thank you to the competitors who represented the Borough of Hounslow and their family and friends who supported them both in the run up to the event and on the day. We would also like to say a huge thank you to Stefan for all his hard working, and for giving up another weekend to support the team.”

The Hounslow London Youth Games teams are now preparing for the Badminton, Table Tennis and Netball events being held in Redbridge.

For more information about Hounslow and the London Youth Games and how to get involved please contact jonathan.barbour@lampton360.co.uk